By Caron Lyon from PCM Creative

I first recognised the potential of crowd sourcing and crowd funding during the 2011 British Arts Festival roadshow. I attended a one-day conference at Theatre's Trust. The power of the crowd and it's prominence as a viable means of raising money for projects to develop working prototyped concepts in to salable product is the most prominent form of CrowdFunding. But for the very first time I saw arts based platforms being profiled. Crowd translated directly to Audience when it comes to Arts and culture based funding.

CrowdFunding - Show me the money?

What is Crowd Sourcing?

The term, coined by Wired magazine writer Jeff Howe in 2006, is found rooted in the analogy with the term outsourcing.

A NTU research project for PCM in 2011 concluded that CrowdSourcing was ‘a process by which organisations or individuals outsource their unsolved problems to an online external group of people so as to gain innovative ideas or solutions for solving their problems.’

Crowdsourcing as a way to implement outside-in-knowledge flows with the crowd as a particular knowledge provider.

Crowdsourcing is a way to engage consumers in social networks and virtual communities and to stimulate their financial participation in projects proposed by someone else.

I want to introduce you to arts, media and writing platforms but before then I think a perspective on the trend is important. I also want to flip the crowd concept on its head and take a look at being the crowd and how that can benefit creative arts and media practitioners.

First lets look at product crowdfunding as it is the easiest, most successful and established model to demonstrate.

Take a look at a gadget development example – stimulating your online community to fund, promote, buy and further develop a product. (This can be applied to build your own crowdfunding network) 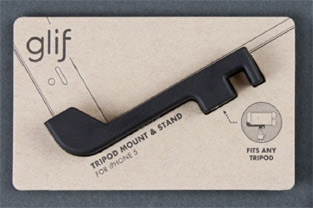 Glif is a simple iPhone 4 / 5 accessory with two primary functions: mounting your iPhone to a standard tripod, and acting as a kickstand to prop your iPhone up at an angle. From these two functions emerge numerous uses: hands-free FaceTiming, watching videos, making movies, using your iPhone as an alarm clock, and many others.

I am the proud owner of a Glif so to are all of my social media collaborators. You can find them now in PC World and High Street geek gadget stores. But it started with a $10,000 crowd funding campaign on Kickstarter.

Ask yourself who is their audience?

LuminAID Lab is proud to introduce the LuminAID light: a solar-rechargeable, inflatable lamp that packs flat and inflates to create a lightweight, waterproof lantern. Safe, sustainable, and portable, the LuminAID light provides up to six hours of LED light, ideal for disaster relief situations, recreational use outdoors, or in the home as an extra light source. Our mission: make light more affordable, sustainable, and available for everyone.

Again, who is their audience?

These are just 2 projects funded through Crowd-sourcing. The driving concept is to develop an audience who fund your project in return for the first items off the production line. This approach of engagement rewards for grass roots support is common across many crowdfunding platforms called 'perks'.

Next blog - perks and more perspective on funding projects using a “crowd”.