Many people are not maximising the potential of Twitter to market their work because they don’t understand how to identify and engage their audience/s and then create two-way communication.

This series of four posts aims to help you do this with Twitter, Facebook, Linkedin and email - to identify your audience/s and encourage it/them to look at what you are communicating and to actively respond.

This first post is about untangling and quantifying your Twitter network. Whether you are an Equity, NUJ, Writers’ Guild or MU member, your networks and audiences will have a similar makeup including:

In any relationship reciprocal sentiment or potential mutual benefit is essential, e.g., do we have something in common/is there something that we need from each other? So, when you’re developing your Twitter audience, consider:

Apart from the cascading stream of updates that make up your timeline, your Twitter profile provides several metrics to help evaluate and develop your account. Twitter gives the number of ‘Tweets’ (messages you have posted to date), the number 'Following' (the people you’re following) and the number of Followers (people who are following you).

In audience and engagement terms, the accounts you are ‘Following’ are those posting Twitter updates you can see in your timeline and Followers are accounts receiving your updates and hopefully listening to what you have to say.

Is the feeling mutual?

So how can you culture an active presence with realistic results to help you professionally? The count Twitter fails to provide is 'mutual friends' or 'reciprocal followers', i.e., who do you follow who also follows you in return? This is the foundation of Direct Messaging. The ability to message another Twitter account directly is the key to creating and pursuing opportunities in the off-line world.

All projects even those in the seed phase are never harmed by a presence. It is a commitment to the idea once it takes shape. An avatar, web friendly name and a concise 160-character biography in the Twitter profile is a great foundation for a project. It's a manifestation of concept.

As an example, CansChat is one of my ideas from March 2012. It've only promoted it via Twitter. It has a small following (the 95 followers) and follows 109 in the hope of making mutual and information rich connections. 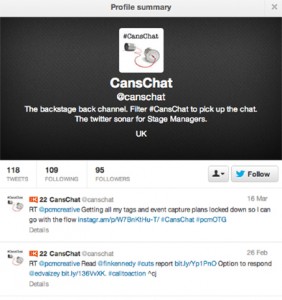 To build my CansChat Twitter networks, I use several tools to understand how these networks are developing and growing. 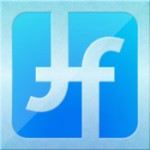 Follow Tool shows me twitter audience counts which for me add meaning to my development decisions. This app answers the questions: who in my followers do I follow, who reciprocates and who doesn't follow me?

This tells me and shows me in isolated lists that there are 76 accounts where I see their tweets and they can see mine. I can also direct message these accounts. There are 19 accounts following CansChat who CansChat does not follow back. They receive CansChat tweets but CansChat does not see theirs.

How do you decide who to friend and who to follow and who to connect with and who to keep as audience? Not every follower is going have the potential to provide momentum to your projects or avenues to work. In general a low follow count with a high following count indicates a potential authority. For example, @BBCBreaking and @BBCNews: 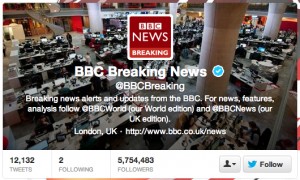 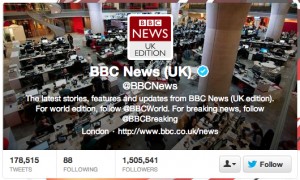 These are trustworthy sources providing current affairs news updates. Both accounts are unlikely to follow you. @BBCNews is following correspondents, programmes and other BBC news content Twitter accounts. The people who @BBCNews follows (88) is worth a look and a source of developing your Twitter account for potentially more personal and informed news and media contacts to influence your off-line career. This is especially poignant for journalists and writers.

For example, Casting Call Pro (CPP) - which I think actors would do well to follow - has an audience of just over 18,800 and listens to around 9,500 accounts. The organisation tweets about acting jobs and there are lots of accounts listening. The figure we don't see however is the 'conversation potential' or engagement value, that is, how many of those following @castingcallpro are followed back.

I have discovered the following using friendorfollow.com that @CastingCallPro has 5,086 engaged followers. Who CastingCallPro is following is an insight in to who it wants to listen to and engage with. You may find accounts you want to follow too using this method.

This leaves 4,365 that don't engage with CCP tweets. It's important to be aware of this figure to use Twitter effectively as a professional tool that works for you.

Also, if you want to look further into the Twitter audience, I use:

Post 2 will look at Facebook (audiences engagement) and LinkedIn (professional development) – two ends of the social networking scale in my opinion.